My Exile to a Desert Island

I decided to exile myself for a week on a desert island, surviving with no food or water.

The only things that I had with me were:

In short: I failed and came back home after the first night, an unexpected storm was coming, I lacked preparation. 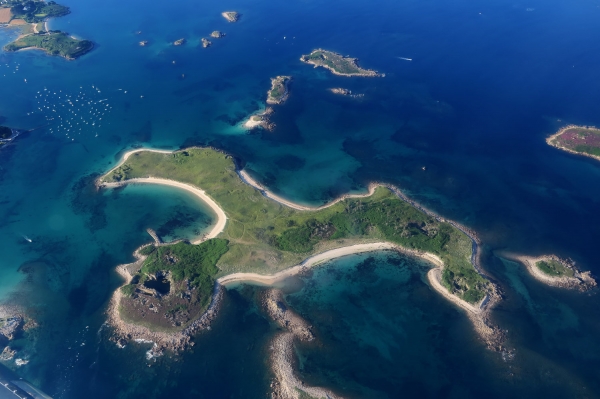 I started by learning what sea plants, sea shells and ground plants are edible. This wasn’t too hard as I am already aquainted with the local lifeforms.

Then I started to learn fishing with a simple hook and a line (not a fishing rod). But I wasn’t focused enough, and never caught any fish to this day. I don’t need exile to train the fishing part. Before the next exile I must learn and train fishing with no rod.

For water there are quite a few water traps that can be built using either plants or the sun. I planned to use the sun. But as for fishing, I didn’t prepare enough. I didn’t know the water yield of the system I intended to use. And while you can’t drink only sea water, I think it’s possible to drink 1/3 sea water for 2/3 fresh water. This is a nice optimization to know.

For shelter the most important thing is to avoid body heat loss at night. This is done by putting layers or elevation between the ground and myself when sleeping.

For the locaiton I chose an island on the coast of Brittany that could be reached by foot on low tides. In addition, the island offered many resources and key places, even ruins if needed. That’s why I chose it, ease of access and ease of life.

For the time, I waited for one week of good weather in the summer. Something that I didn’t think of too much was my arrival time. I arrived in the afternoon and crossed to the island. Night was upon me faster than I expected, and night with no moon is really dark, it’s nearly impossible to work. I didn’t train for night conditions.

I arrived in the afternoon. I put all my few belongings in the plastic bag to avoid wetting them when crossing.

Once crossed, I toured the island and decided to “install” my camp near the forest. It was protected form the wind, close to tinder, close to one of the beaches and potential fishing spot.

I didn’t set up any fishing line as I should have or water traps. For dinner I ate raw limpets and some algae, plus a delicious nettle tea (with my fresh water). Being caught by the night I didn’t have time to set up a proper bed to sleep, so I slept on the floor.

I woke up very early hoping to find a bright new day to start anew, but the new day was nothing of bright. It looked like a storm was approaching.

After waiting a few hours, I booted my phone and looked up the weather prediction. A storm was on the way.

Lacking training and not having prepared for storm conditions, I cancelled the exile and came back to mainland at the next low tide.

For the next retirement form society, I must train in “role playing” conditions for at least the same amount of time that I intend to stay on exile. It’s perfectly doable by camping near a beach and pretending to be on an island. Of course in a place that isn’t too crowded, and that may be harder than it looks during summer.

I’ve also thought of exiling with friends, but I think it makes it much easier, especially to keep the spirit up.

A fun thing to do would be to craft a small boat to leave the land and reach the host island. Once there it would be useful for fishing.

I want to know what remains when you strip life from all the secondary things. What would I do? What would I think about?

I want to train myself when equiped with almost nothing in a neutral environment (the island does not try to hurt or help me).

It’s cool to fullfill this dream of cutting off from the rest of the world completely. In the media, this often takes place on a tropical island with palm trees and beautiful beaches, and nothing else in sight. But tropical might not be the best choice because of wildlife and heat.

I’m not looking for paradise or planning my retirement alone on an island. I’m not looking for side effects of loneliness and I’m not that much interested in survival in itself. It’s really about finding out more about life when you minimize it and can see completely a full circle.

All comments are held for moderation.